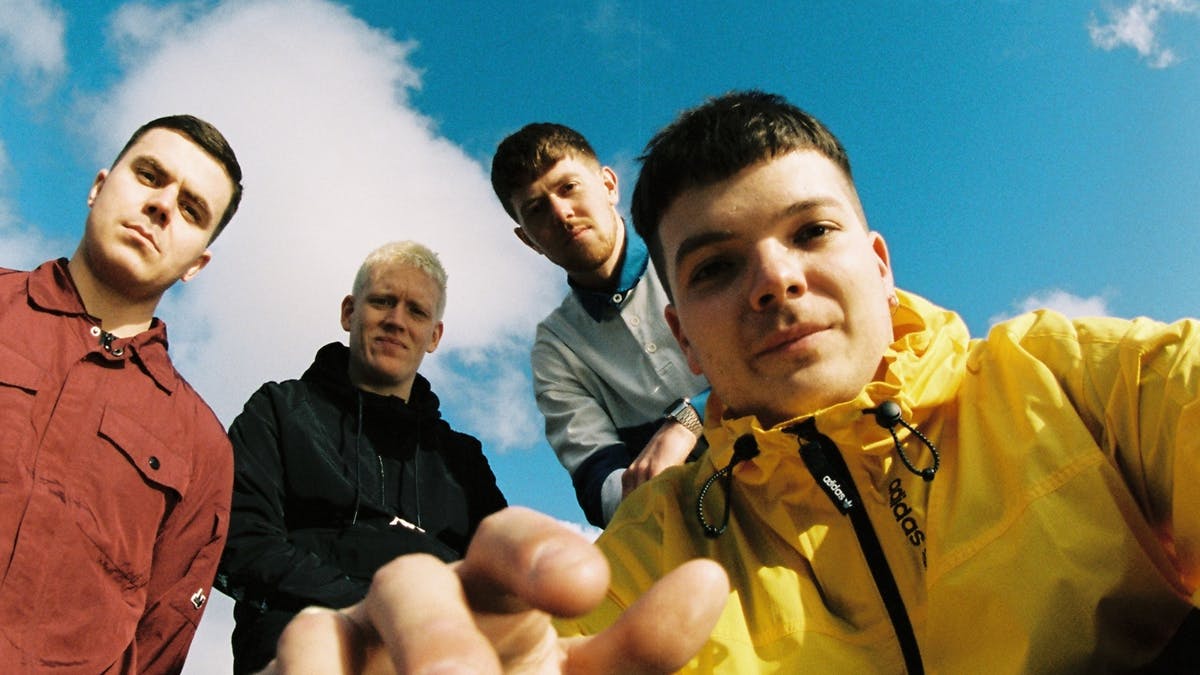 With no live shows in the near future, Ivory Wave, an already established live band found themselves with plenty of free time to turn everything on its head and fit the jumbled pieces back together. In doing so alternatively named, Big Image was born and the four-piece conceived the joyous ‘Parallel Love Affair,’ a painted signpost of a feel-good banger, showing a willingness to push stylistic boundaries further than they had ever before.

The band uniting styles and audiences across the extensive scopes of dance and pop music. The Birmingham four mix the optimistic and the upbeat attitudes of house, a style that’s never been anything but innovative with its early disco elements alongside catchy pop melodia. The track gives off this affectionate, uplifting, weightless feel like you could imagine it in the background of sports commercials or some opening credits.

The muffled intro to ‘Parallel Love Affair’ features what sounds like a lowpass filter with the bass turned up to give that nostalgic next room feeling, with the additional sounds of chatting at the forefront.

Then a four-on-the-floor, steady groove with 2 and 4 emphasised in the measure, producing that recognised house sound, further accentuated in the Parallel Love Affair (The Phenomenal Handclap Band Remix).

Alongside the drums there’s big, poppy synth bursts, punchy bass and moments of zesty piano stabs. Not forgetting a recognisable North West, high resonating vocal with soulful backing thrown in for good measure. Then there’s an additional stripped back acoustic version where the guitar, gravitational pull of piano chords and chorus vocal harmonies are given that extra bit of limelight.

‘Parallel Love Affair’s lyrics can feel like you’re reading backwards at times. In a compelling way. The song’s worded so that the weight distribution feels pushed back and forth like feeling you’re going nowhere fast and always returning to familiarity. Lyrics, favouring the flow and the rhythmic quality which incidentally fits with the “won’t take me anywhere” chorus.