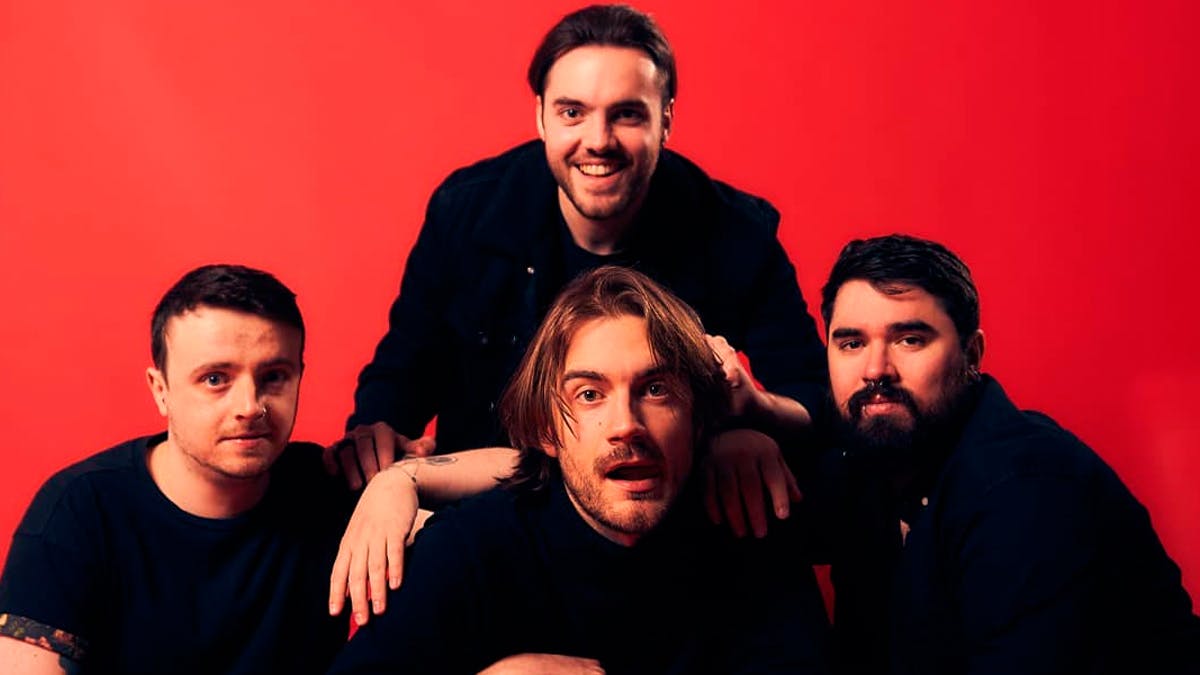 Venus Demilo made our Track Of The Day last week with their new single Holding You. We wanted to get to know the band a bit more and what inspired them to write such a brilliant song so we delved into their musical past and picked out some great songs that have influenced them over the years.

Where are you from?
We’re based in Liverpool but aren’t actually from Liverpool. Ryan is a proud Welshman, Jake is from Cannock and me and Josh are from Lichfield.

What do you do?
We make catchy tunes about mental health and relationships

Describe yourself in three words?
I put this in the band group chat and received the following: “just really lovely”, “want to gig” and “bored in lockdown”

You can make a record with one artist from history, who’s your pick?
Kevin Parker from Tame Impala. His productions sound incredible and would love to know where his ideas come from.

What’s the most unexpected feedback you’ve had to a song or show?
When people DM us and say that they loved a particular tune for whatever reason, I suppose that can be unexpected because they got things from that song that we didn’t really intend. I love it when people attach their own meaning to our songs because it means we’ve made something good enough for someone to connect with it on a personal level.

What’s the best gig you’ve ever been to?
John Mayer, I’ve seen him twice and the musicianship is unbeatable in my opinion. It’s not just the man himself either, it’s the session players he’s got with him. I’ve heard rumours about how much he spends a night on paying his band and the numbers are eye-watering, but when you hear them play you know why. He has Steve Jordan on drums and Pino Palladino on bass who are arguably the best at their instruments in the world, so hearing them play in the same room as you (even if that room is Manchester Arena) is an amazing experience.

What British music icons inspire your sound today?
I can’t speak for the band but for me Bombay Bicycle Club, Foals and Frank Turner have all had a huge influence on our sound. Whenever I’m stuck with the direction or production on a song, I listen to their records and try to work out what I think they would do.

You have one hour to spend with a person from history, who and why?
He’s obviously still around today but I’m a big fan of Barack Obama. I don’t think it’s as popular to say that now as it was a few years ago but I think we’ll look back in 50 years and feel lucky to have been around when he was the guy at the top.

If you could play with any band, alive or dead, who would you pick?
Fleetwood Mac to try and absorb some of their greatness

The first track you played constantly?
The Mascara Story – Episode. Josh told me a few weeks ago that they’ve put it up on Spotify recently and I’ve started playing it constantly again. Absolute banger from back in the day.

A song that defines the teenage you?
Cute Without The E by Taking Back Sunday

One song you would keep forever?
Long Live The Queen by Frank Turner

A song lyric that has inspired you?
“Always make them laugh, try to make them cry, always take the stage like it’s the last night of your life” which is Balthazar Impresario by Frank Turner

A song you wished you had written?
A Day In The Life by The Beatles

A guilty pleasure?
Your Love Is My Drug by Kesha. It was secretly mine and my mate Jon Mahon’s favourite tune when we were 16. He’s now a Kerrang Radio presenter and I think he would strongly deny that statement, but I know it’s true. Sorry if you’re reading this Jon.

A karaoke song?
Can’t Take My Eyes Off You, the Andy Williams version. That one goes off.

Last song in your ideal night club?
My Number – Foals

A new band you’re into at the moment?
I really like Talkboy, especially Over & Under. That’s a major banger. I’m also a big fan of Low Island, I think they’re going to be massive very soon.