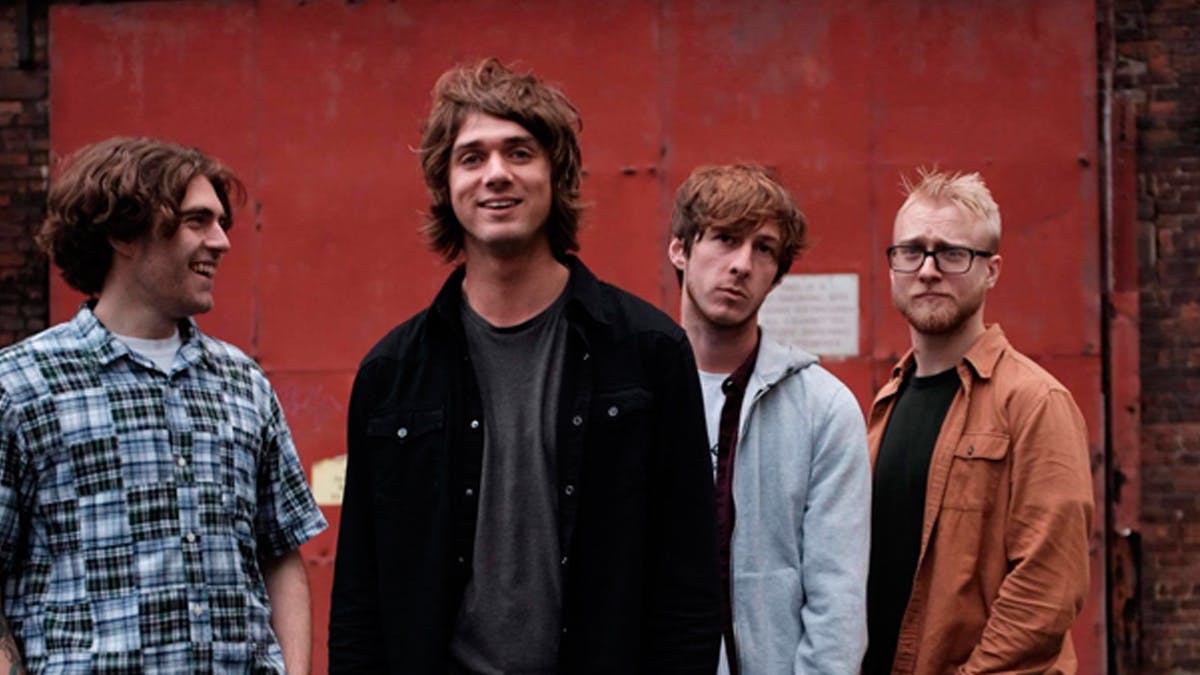 The Racket are a 4 – piece no holds barred indie/rock band from Widnes, North West England. They have built a name for themselves with a relatable sound standing up against the boredom and frustration suffocated in the working class lifestyle. The outspoken band aren’t afraid to stand up for what they believe in and “hold two fingers to anyone in their way”.

The Racket have supported artists such as Louis Berry, Cast, Lottery Winners and Twisted Wheel on their route to their own sold out shows in Liverpool and Manchester. The have a new single ‘Stripes and Lines’ due out 21st May on Allo Records. Get to know the band more, listen to their music and get excited for the new single!

Get to know The Racket

Where are you from?
Widnes

What do you do?
Callum (vocals)
Mikey (Guitar)
Colby (Bass)
Dom (Drums)

You can make a record with one artist from history, who’s your pick?
Bob Ross

What’s the most unexpected feedback you’ve had to a song or show?
We’ve been described as sounding like Rod Stewart, that was pretty good. The B52’s aswell – they probably stood too close to Dom that night!

What’s the best gig you’ve ever been to?
I’ve seen some amazing bands but genuinely the best gig I’ve been is The Cribs at the arts club in Liverpool. There was no rules that night, it was the loudest, dirtiest and sweatiest gig I’ve seen. Its what I imagine them old 70’s punk gigs to be like!

What British music icons inspire your sound today?
Right now we’re practising loads of new songs with big riffs in them, big Zeppelin riffs! So Led Zeppelin for me. We’ve still got that catchy Indie sound to it though so I’d have to say maybe Kasabian/ Arctics too!

You have one hour to spend with a person from history, who and why?
General Lee from Takeshi’s Castle because I think together we could win the show down and storm the castle easily within the hour.

If you could play with any band, alive or dead, who would you pick?
The Beatles every time, I always listen to their outtakes and they always seem to be jamming and having a laugh. I’d love to be a fly on the wall in their recording sessions.

The first track you played constantly?
When I was little I was always listening to my brothers Eminem CD’s haha – gonna have to go for D12 – My Band , on our little silver bush portable CD player!

A song that defines the teenage you?
The Kooks – Seaside
Me and my mates were obsessed with this song in the summer when we left school

One song you would keep forever?
Imagine – John Lennon
People still appreciate Da Vinci’s artwork hundreds of years on and I think people will with this song too.

A song lyric that has inspired you?
Fuck you I won’t do what you tell me – Rage Against The Machine – Killing in the Name Of

A song you wished you had written?
The Kinks – Waterloo Sunset
This is a really obvious tune but I think you could release it at any point in history and it would still be just as timeless.

A guilty pleasure?
Scissor Sisters – Laura
Most bands listen to really cool music when they’re on tour, not us.

A karaoke song?
Just Jack – Stars in their Eyes
Don’t give Colby the mic if you’re in simmies and you still want your ears.

Last song in your ideal night club?
Got to be a slowy hasn’t it… Robbie Williams – She’s The One
Mikey can fetch his coat and a taxi when this comes on.

A new band you’re into at the moment?
Couple of years old now but I’m still really into Sam Fender, looking forward to hearing his new album.