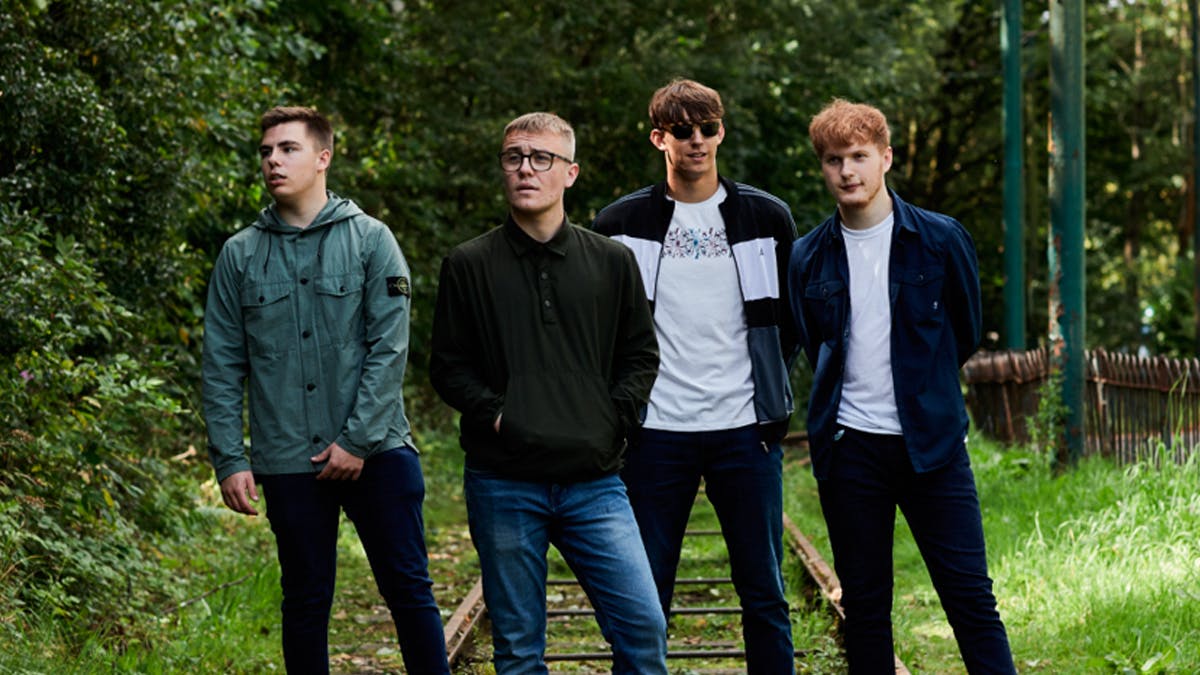 The Outcharms have proved they’re worth their weight with big hitting singles and a loyal following in Sheffield and Manchester. Taking clear influences from the 80s and 90s Manchester music scene The Outcharms have put their own spin on it which incorporates some more modern twists with echoes of Arctic Monkeys and The Libertines shining through in their sound. They have been cemented their place within the indie music scene and it feels this year is where it’s all going to come together and they’ll really hit the notoriety they deserve.

Get to know The Outcharms

Name?
We are The Outcharms

Where are you from?
From god’s own town Doncaster, South Yorkshire

What do you do?
Write melodic rock songs and play them for anyone who’s willing to listen

Describe yourself in three words?
Cool, fun and nice

You can make a record with one artist from history, who’s your pick?
Queen – we’d love to see what went through Freddie Mercury’s head in the studio and see how they all collectively worked on ideas

What’s the most unexpected feedback you’ve had to a song or show?
Recently we were on Simon Le Bon’s radio show in America and someone listening commented that we sounded like a mix of David Bowie and Johnnie Thunders! Obviously we’ll take it

What’s the best gig you’ve ever been to?
The Stone Roses at the Etihad Stadium in 2016

What British music icons inspire your sound today?
We’re big fans of all the Manchester music from the 80’s and 90’s like The Smiths, The Stone Roses and Oasis but also mid-noughties bands such as The Libertines and The Twang

You have one hour to spend with a person from history, who and why?
Tupac Shakur – he’s one of the best storytellers of all time and his interviews are so interesting

If you could play with any band, alive or dead, who would you pick?
We’d love to play with Blossoms, their songs are so catchy and intricate but they’re a brilliant live band, so tight and they can really get a crowd going

A song that defines the teenage you?
Bide Your Time by Courteeners

One song you would keep forever?
There Is A Light That Never Goes Out by The Smiths

A song lyric that has inspired you?
‘I’m blowin’ up like you thought I would, call the crib, same number, same hood, it’s all good’ from Juicy by The Notorious B.I.G

A song you wished you had written?
My Ever Changing Moods by The Style Council

Best song to turn up loud?
Some Might Say by Oasis

A karaoke song?
Laid by James

A new band you’re into at the moment?
Time Of Our Lives by The Clause