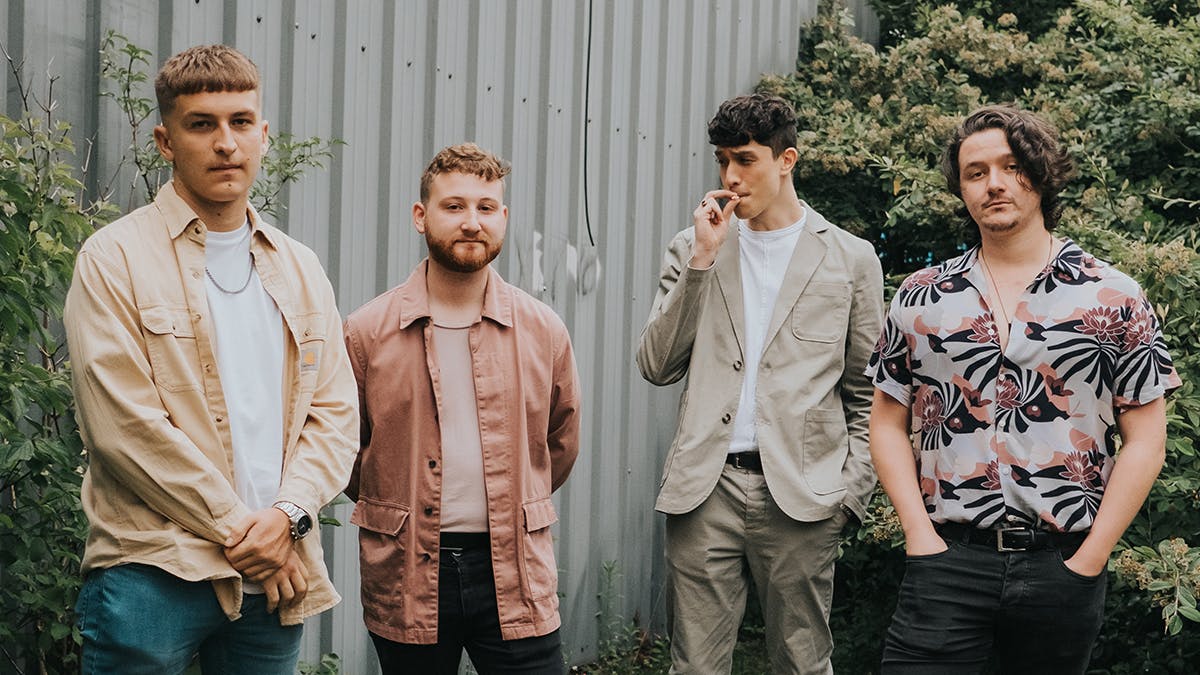 Manchester based four-piece MCRAE have been slowly bubbling under the surface for a few years now. Having played live for The Pentatonic before and supported the likes of The Reytons and The Hubbards we know first hand the talent this band hold and they’ve carved out their own image away from the heavily Oasis influenced scene they are pitted up against.

Where are you from?
East Lancashire but have lived in Manchester for a couple of years now

What do you do?
Badly front a band called MCRAE along with Aidan Reece, Jordan Davies and Joe McRae

You can make a record with one artist from history, who’s your pick?
Errrrm it’s gonna have to be Bowie innit!

What’s the most unexpected feedback you’ve had to a song or show?
“Actually alright that” – man off his head dancing with a mannequin

What’s the best gig you’ve ever been to?
Tough one but Bloc Party in Amsterdam on the silent alarm anniversary tour or I saw the raconteurs and the Strokes in London which was pretty special!

You have one hour to spend with a person from history, who and why?
I’m gonna say Roger Patterson, the guy who filmed the famous ‘Bigfoot’ footage, I just wanna know man call me boring idc I wanna get to the bottom of it.

If you could play with any band, alive or dead, who would you pick?
Had to get the whole bands opinion on this,
Joe – RHCP
Aidan -Earth wind and fire
Jordan – IDLES
Jake – Alabama Shakes

A song that defines the teenage you?
When the sun goes down – AM

One song you would keep forever?
I hope that I don’t fall in love with you – Tom Waits

A song lyric that has inspired you?
“I guess the coastal air gets a girl to reflect”

A song you wished you had written?
Add it up – Violent Femmes

A guilty pleasure?
Trying to find a balance – Atmosphere

Best song to turn up loud?
Baba O’Riley – The Who

Last song in your ideal night club?
There is a light that never goes out – The Smiths

A new band you’re into at the moment?
Courting