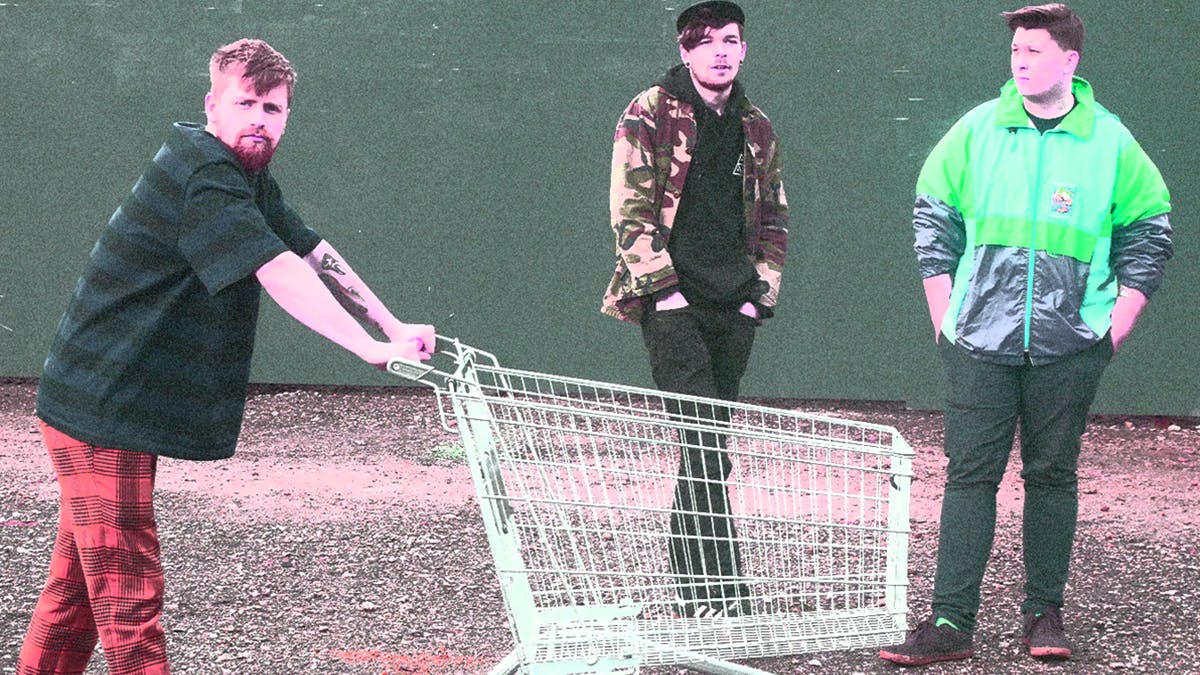 Preston trio DR!FTWOOD (don’t miss the exclamation mark!) have come a long way from their pop punk roots and have moulded their sound around a very eclectic list of influences from the likes of 1975, Ed Sheeran, LANY through to The Killers. Their latest single ‘4:45’ is the perfect culmination of these influences. With a much darker tone and message than previous singles DR!FTWOOD have taken a step to a deeper, more personal sound and stepped themselves out of the stereotypical pop punk sound.

We spoke to DR!FTWOOD after announcing their headline show with The Pentatonic in July…

Where are you from?
Hugh and I (Marcus) are from Preston originally. Nathan is from Hull, but he and I met while studying at uni in London. We brought him back to Manchester and he’ not left since.

What do you do?
I’m the guitarist and account for ½ of the lyrics writing. Hugh and I have written pretty much every track in tandem together we find it works really well for us. Nathan is the drummer, but he also looks after our show production and records all the demos we do.

You can make a record with one artist from history, who’s your pick?
This took a lot of debating amongst the three of us, but we settled on The Beatles.

What’s the most unexpected feedback you’ve had to a song or show?
We had a message from a fan in Russia, who reached out to say L.I.O our previous single “saved his life” it was completely unexpected, but we were glad that our music had an impact!

What’s the best gig you’ve ever been to?
We caught Jon Bellion an American artist at Manchester Academy back end of 2019 and it was unbelievable.

What British music icons inspire your sound today?
We’re still really inspired by early The 1975 tracks, we’d also say Catfish and the Bottle men have been quite influential to our sound.

You have one hour to spend with a person from history, who and why?
Freddie Mercury, it would be a dream to talk about his writing process and how he was able to conceive some of Queen’s best songs.

If you could play with any band, alive or dead, who would you pick?
Busted (approx. 2003)

The first track you played constantly?
The Reason – Hoobastank

A song that defines the teenage you?
Beverly Hills – Weezer

One song you would keep forever?
Rocket man – Elton John

A song lyric that has inspired you?
“Tryna buy me some time then I remembered this magic trick, Dun da dun da dun dunn Go Go Gadget D*ck” – Eminem, As the world turns

Best song to turn up loud?
Come out to LA – Don Broco

Last song in your ideal night club?
I bet you look good on the dancefloor – Arctic Monkeys

A new band you’re into at the moment?
The Band Camino (not massively new, but they’re new to us)