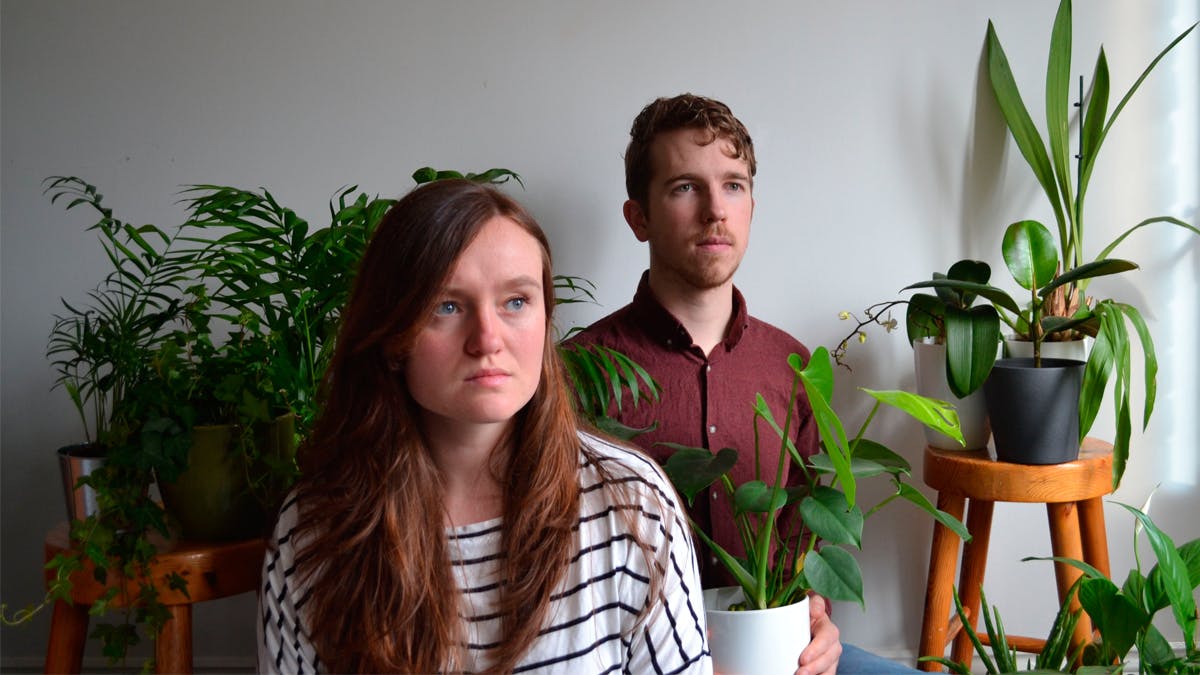 Inland Murmur are a Cardiff based indie band, Toby and Hannah, who’ve built their sound from the inspirations they felt from growing up in rural Carmarthenshire and the Welsh landscapes that remind them of home. They formed in London and have blended the crunch of the city with the ambient nostalgia of their home and created a powerful gritty sound which drives behind beautiful vocals.

‘Waterline’ is Inland Murmur’s second single, following on from debut ‘Icarus’ which received BBC Radio play. Written during the early part of lockdown ‘Waterline’ is “a reflection on grief and how nature can offer a perspective on loss”. Inland Murmur consists of partners Toby and Hannah who use their contrasting vocal textures to provide a unique aspect of the band’s sound intertwined with the mix of rural and city living which has influenced the grittiness of their music. This blend of naive of vocals and modulated guitars creates an underlying paradox with the darkness of the lyrics. The track was recorded at Hackney Road Studios by Pedro Caetano of Sad Boys Club and mastered by Felix Davies of Metropolis Studios.

For fans of Spector, Haim, Stereophonics