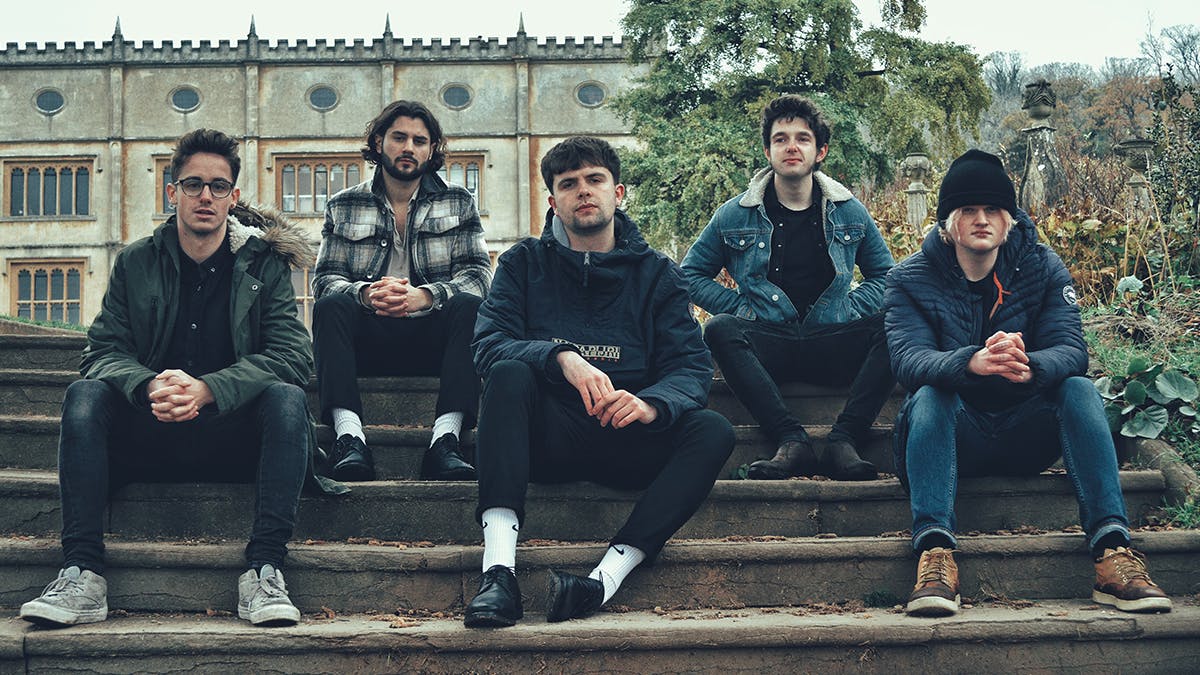 The Bristol band Glass Violet initially formed in 2018 with Alex John (Lead guitar, vocals) and Tom Hurdiss (Lead vocals, guitar) before recruiting Matt West (Drums), Josh Walsh (Bass) and Declan Pollard (Synth/Keys) several months later to add the power to the songs they had already been writing. Usually taking influence from brands such as The Killers, Kasabian and Foals to create an anthemic sound with big choruses, this time Glass Violet aimed to go a little bit darker and drew influence from Joy Division and Idles.

‘Hourglass’ still has the catchy chorus that Glass Violet have become known for but they’ve successfully incorporated that darker element to the sound and opening up a knew fierce energy for the band to tap into. The band say that “Lyrically, the song was originally inspired by experiencing being both introverted and extroverted, and how, at times, mood states can flip, similar to an hourglass being turned onto its opposite side. As the song progressed, the lyrics saw influence from dream sequences and the questioning of life after death”. These darker connotations in the lyrics are replicated with the deeper and grungier melodies driving the song along, overlaid with quite an eerie sounding distortion that adds an extra dynamic to ‘Hourglass’.

For fans of Kasabian, The Killers, The Strokes