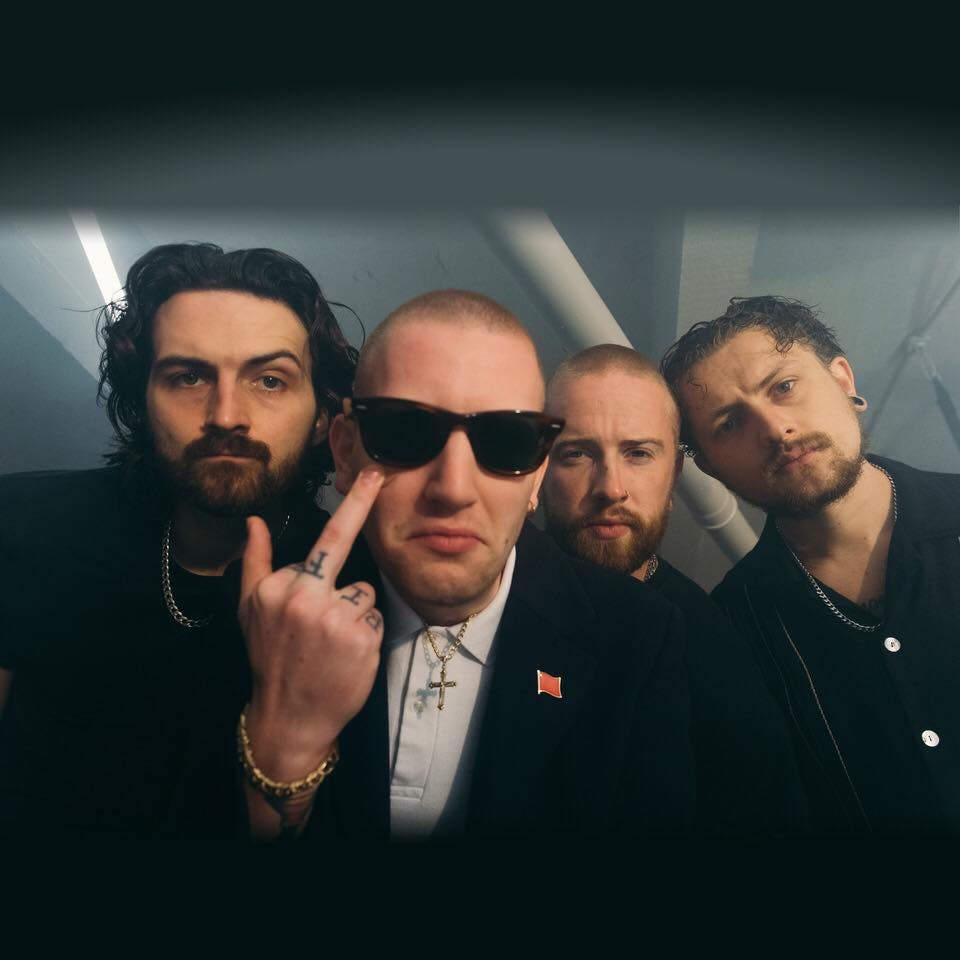 The Pandemic may have reduced everyone’s motivation tenfold, however, explosive rockers Kid Kipichi are here to reignite the blazing fire in everyone’s hearts with their latest release, ‘Self Saboteur’. The band consists of Jack Wilson and Ben Beetham, who share lead guitar and vocal duties, bassist Eddie Lewis, and drummer George Mcdonald.

Based in Hastings, the alt-rock band began their debut album campaign for This Time Next Year, with the raucous singles, ‘Thugs’ and ‘Working Man’s Town’. Describing their sound as “Angry Haunted House”, they’ve become notorious for capturing their high-powered live atmosphere in the studio – and ‘Self Saboteur’ is certainly no different. This is partly due to them keeping a DIY approach central to the track, as they decided to release it without a label, previously stating, “we had two choices with the pandemic – wait it out, or find a way to do it ourselves.”

It’s this innovation which has helped them cut their teeth, and they’ve adopted the same can-do attitude for this track. Usually, their songs have a societal or political target, and this one is aimed at those who are simply all words without action. This is eloquently put in their lyrics as they snarl, “It’s always the same around here. Everyone’s got the same bright idea. But nobody wants to do what they fear.” The chorus acts as a growling call to arms, as they reiterate their point with, “I don’t mean to sound like a preacher, But if you say it, You gotta do it”. Wilson’s and Beetham’s vocals work perfectly together throughout and mesh well with the instrumentals. Musically, the track will immediately grab you by the throat with its gritty riffs and raging drums. Abrasively high-tempo, it’s sure to have you headbanging along – a band never too shy to cut through the bull****.

Taking inspiration from bands such as The Clash and The Amazing Snakeheads, their energetic, enraged tracks have caught the attention of a range of industry front-runners, including Frank Carter (Frontman of Frank Carter & The Rattlesnakes) and Jack Saunders ( Radio 1 DJ) – with the former inviting the band on their European tour. They’ve also impressively shared the stage with the likes of Slaves and Fidlar, consistently proving why they’re the emerging band to watch.

They also have a European tour during February and March 2021 lined up, which they’ve named ‘The Big Sexy Tour 2021’. It also features their biggest London show yet at the Scala. They had seven sold-out shows on their first tour earlier this year, so act fast to avoid disappointment. You can get your tickets here.

Make sure to pre-order their debut album, This Time Next Year, which is set to be released on the 5th of February. If their singles are indicative of their album, we should have high hopes and expectations.