On the 17th of March 2022, I strolled into the world of ‘Libations’ – a sordid saloon somewhere on the edge of Manchester inhabited by the band, Dead Cherry. I was listening to their latest single which is described as ‘a hyperbolic look at the direct and indirect effects of excessive alcohol consumption.’ Here’s what I thought…

“Run rabbit run now you’ve exhausted all your fun – girls like you are a dime-a-dozen and don’t I know it, no heart left to break so I speak in a vernacular fashion – for all I care the world could be crashin’ down around me…“

After the dizzying fairground notes of the intro, the lyrics carry me away in a relentless stream of poetic complaint, both strong in delivery and abrasive with northern grit. Like listening to the nightly expostulations of the local boozehound aiming his frenzied loathing at the nearest punter before turning his poison upon himself. What’s created is a visceral sensation of a night out in a dingy pub. However, the chords convey a sort of glory despite the bitter lyrics, making the song feel like a deluded sanctification of the public house and the many ‘Libations’ drunk therein.

Everything explodes into a triumphant chorus with sweeping melody and sharp guitar, accompanied by the constant fairground piano that resonates with a giddily melancholic power. An incongruous moment of silence disrupts the pace mid-tune but this offers a moment of reflection. I thought I’d accidentally hit pause and was surprised when the song abruptly continued, although I was bopping my head through to the crescendo.

Fittingly, the second track, ‘Saturday Draught’, is reminiscent of the drunken reflections I’d have in the aforementioned silence. The song lopes on at a slower pace while still encapsulating the band’s distinctive sound with swirling guitar and spoken word lyrics…

“I’ve started my Saturday afternoon routine and hell or high water won’t separate me from the
next watering hole, I march on
And I know it’s wrong
But still left right left right the beat of my feet goes on
Through Withington, Didsbury, Burnage and beyond
Through Old Moat Park, and up Fog Lane
This city’s taken on a different strain
And to be honest Manchester – you don’t look so pretty in the rain.”

Both tracks are powerful, well-produced and evocative. They leave my mind spinning through the shadows of shame and addiction that loom over the sad and aimless trajectory of our society and my own bad drinking habits. In this way, the hyperbole produces a literal exaggerating effect on the emotions, but the single also imbues this hapless feeling with a dark and grungy rhythm that, much like a cold pint, is impossible to resist.

It’s refreshing to finally hear such a well-realised Mancunian band with something genuine to say. I look forward to hearing these guys live.

Listen to both tracks now on Dead Cherry’s Spotify. 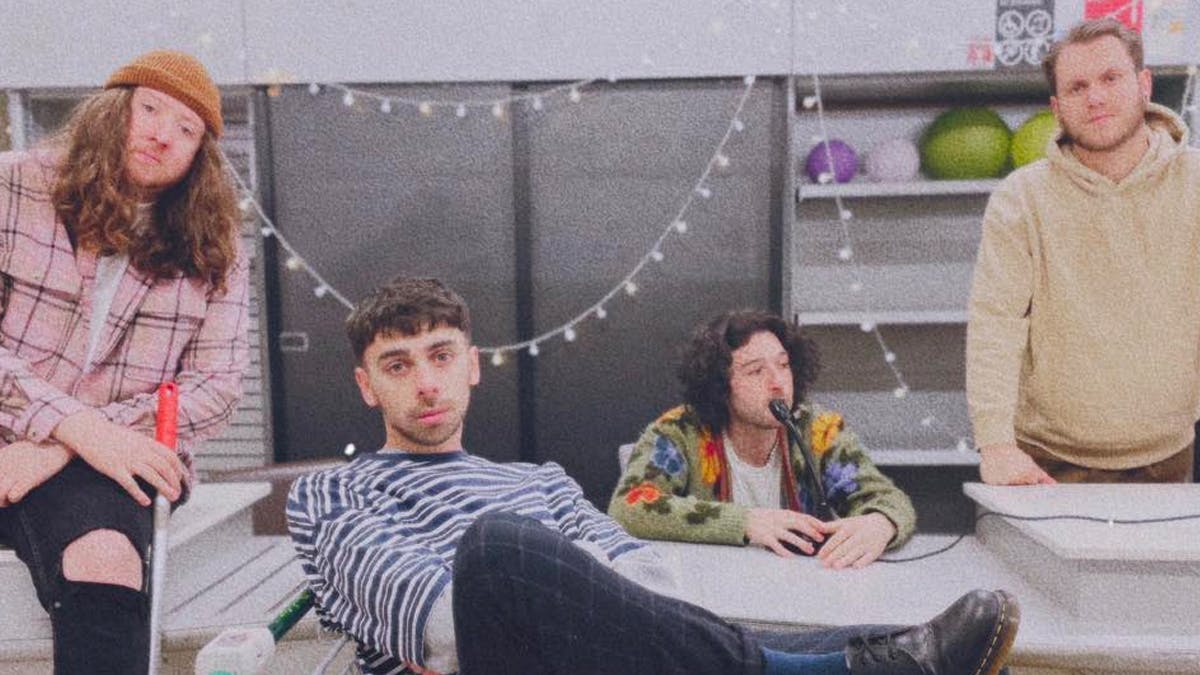