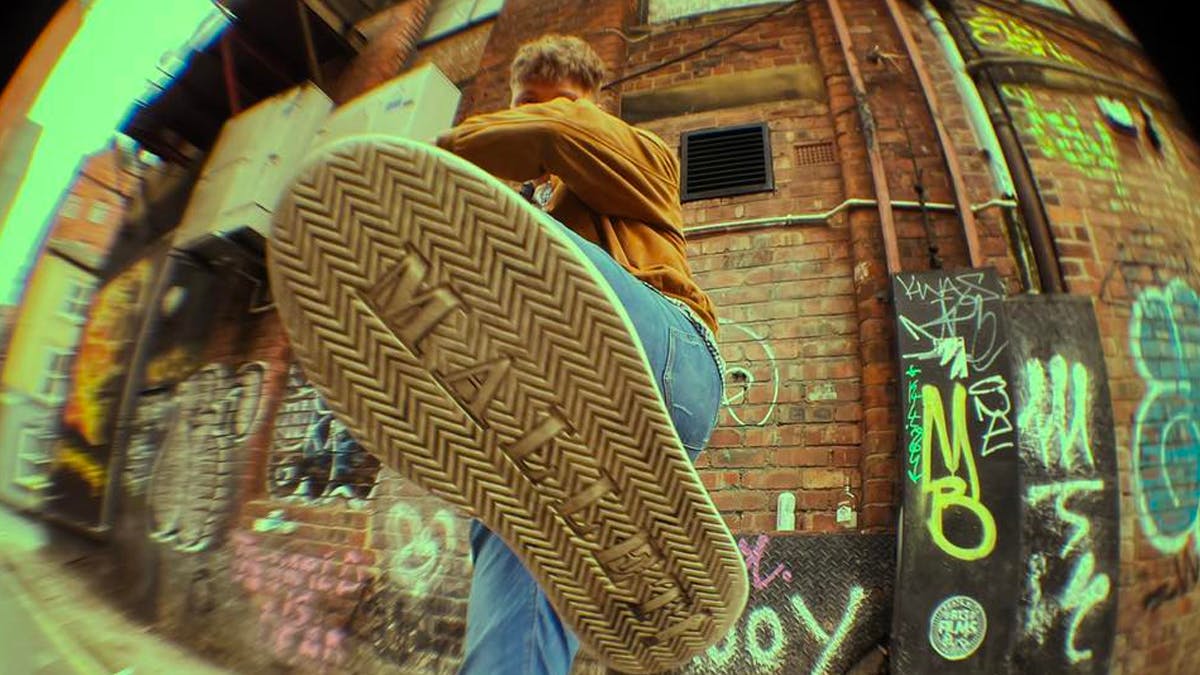 2021 saw the return of live music and here at The Pentatonic it has been the best year since we started! Over 3000 of you have been to one of our gigs in the last 6 months and it’s been one hell of a party. Not only have we had some amazing bands play for us, we have also discovered so many new artists, some of which have stood out more than others.

So here is our ‘Pentatonic Picks Top 10 List’ where we choose 10 bands and artists who we think are going to be big in 2022!

A 3 man, 2 laptop, dream pop extravaganza from Manchester. Yawn are one of the latest additions to burst onto the scene. Despite having only released their debut single ‘Simple Sensations’ in August, Yawn have spent the past 6 months growing their fanbase and honing their craft on stage. With big support slots with bands such as MCRAE, The Peacock Method, Good Future & more already under their belt. It’s safe to say the future is looking bright for Yawn and we are excited to see what 2022 holds for them, that is why they take the #10 spot on our ‘Big In 2022’ list!

17 year old singer-songwriter from Wales, Megan Wyn has had a hugely successful 2021 with the release of her debut single ‘Polaroid’. Megan stood out on the live scene with support slots with Andrew Cushin, The K’s, Trampolene, The Lottery Winners & Ed Cosens, as well as a slot at Isle Of Wight Festival! It’s been over a year since Megan released her debut single and we are looking forward to hearing new music from Megan in the near future. 2022 is already looking jam packed for Megan as she is due to headline Clwb Ifor Bach in Cardiff later this month as part of This Feeling’s Big In 2022 series. Megan has also been announced to support The Skinner Brothers on their upcoming UK tour in March. A very impressive 2021 and an exciting looking 2022 is why Megan Wyn takes the #9 spot on our ‘Big In 2022’ list!

Sterling Press are a band who first came to our attention when they played our Nobody Talks Anymore event back in September. They stepped up to the plate with less than 24 hours notice, travelling all the way from London by coach to play a set at the event! The band went onto release their latest single ‘Plastic Bag’ in October which has been championed by Radio X. Sterling Press also embarked on their debut headline UK tour in November, playing a series of packed out gigs. If you haven’t heard of this band yet, we recommend that you go and check them out, we are certain you will be hearing plenty more of Sterling Press in 2022. That is why they take the #8 spot on our ‘Big In 2022’ list!

Jessica Luise stood out in 2021 with the release of her stunning debut EP ‘Going In Blind’, the EP featured 4 amazing new tracks which has placed Jess high on the list of ones to watch. In 2021 Jess stepped it up a notch on the live front by forming her own backing band to accompany her for gigs. Jessica Luise and her band played this years Nobody Talks Anymore event for us back in September and played an incredible stripped back set in front of an extremely engaged crowd. The band went hand in hand with Jess’ singing and talented songwriting. This is definitely a step in the right direction for Jess and she has had a great year full of live shows, supporting the likes of The Howlers, Hanya, More In Luv, Abi Rose Kelly and many more. We are looking forward to even more new music from Jess in 2022. That is why Jessica Luise takes the #7 spot on our ‘Big In 2022’ list!

Manchester born indie pop band Manifesto combine funk and indie to give their music a fresh, unique sound. Manifesto are one of the latest additions to The Pentatonic family and are growing from strength to strength. With a huge hometown headline show already under their belts, the band are looking forward to playing in front of new audiences in 2022. Having only released 1 single in 2021, this has allowed Manifesto to master their sound and write some new, matured material to enhance their live shows and recorded catalogue. Manifesto have been teasing the release of new music at their recent shows and a new single could be imminent. Manifesto are bound to have their best year yet in 2022, that is why they take the #6 spot on our ‘Big In 2022’ list!

The Shed Project are the next big thing to come out of sunny Bolton. The 5 piece formed back in 2018 in a garden shed and the rest is history. Their 6th single ‘Feel My Love’ gained the band support from Radio X and XS Manchester. The Shed Project have already released 9 singles in such a short space of time, they have spent the past 12 months building a loyal fanbase. The band have played 2 huge sold out live shows recently, playing at the legendary ‘Phoenix Club’ in their hometown of Bolton. The band also played a headline show for The Pentatonic at Off The Square in Manchester, which sold out in less than 6 hours! We are looking forward to working with the band once again and seeing what 2022 holds for The Shed Project, the band have been very vocal recently about the recording of their debut album, which is expected to be released later this year. That is why The Shed Project take the #5 spot on our ‘Big In 2022’ list!

Crawlers have had an insane 2021, they released their debut EP, gained over 13 million streams on Spotify with their latest tune ‘Come Over (Again)’, and made their debut on BBC Radio 1! Not only all of that, but Crawlers have also dominated the live scene with sold out headline shows in Liverpool and London, as well as a slot at Neighbourhood Weekender in Warrington. Crawlers have recently announced their debut UK tour which sold out in under an hour, they even added some more dates due to the high demand. There was no way that Crawlers could not be included in this list, they have already had a successful 2022 and we’re not even a week into January. Im sure we can expect plenty more tunes, live shows and festival slots from Crawlers this year, this band are about to take off any minute now, that is why they take the #4 spot on our ‘Big In 2022’ list!

Manchester’s MCRAE are a band we have worked with and watched grow over the past few years. We noticed that something special was happening for MCRAE when they sold out their headline show at Castle Hotel in Manchester in a couple of days, we even decided to upgrade the venue to Gullivers in Manchester and put some extra tickets on sale, once again, the show sold out in a matter of moments. Having treated us to 2 singles and an EP in 2021, MCRAE have already been teasing the release of even more new music in 2022. If you haven’t listened to this exciting new band, then make sure you get to know them very soon as we predict you will be hearing plenty more from MCRAE this year, that is why they take the #3 spot on our ‘Big In 2022’ list!

The latest addition to The Pentatonic family are Manchester’s own M60. A band who have been on our radar for the past few years having played shows for us in the past. M60 formed back in 2015 and have been working hard ever since to get that big break they truly deserve. Their 3rd single and fan favourite ‘I Don’t Mind’ which was released in 2018 has gained the band over 1 million streams on Spotify. M60 have spent the past few years building their fanbase which led to their debut UK tour last year, playing venues across the UK including their biggest hometown headline show to date at Manchester Academy 3! Fast forward to 2022 and we are excited to announce that M60 have joined The Pentatonic family, a fantastic addition to our already highly talented roster. M60 have just announced their next headline UK tour with tickets on sale now. There is no doubt the future is looking bright for M60 with more new music on the horizon and even bigger live shows, M60 continue to build their name and we are delighted to be involved in the journey. That is why M60 take the #2 spot on our ‘Big In 2022’ list!

18 year old Seb Lowe from Saddleworth is possibly the most exciting artist to explode onto the scene in 2021, having played a show for us back in August, we knew there was something special about Seb Lowe. Having gained a following on TikTok by using the platform to his advantage by posting short clips of original music. With each clip Seb released, he had a different story to tell with extremely well written political lyrics, sung with passion and meaning. Seb has created something fresh and exciting, something quite unique and different to anything out there at the moment. Seb has recently dropped his debut mini-album titled ‘Half-Decent’ which features 7 short songs, this doesn’t feel like enough, this mini-album has only just been released and already has fans wanting more. Seb has already supported some big names such as DMA’s, Milburn and Baxter Dury which has given his music a platform to be performed in front of sell out audiences. 2022 brings an exciting year for Seb Lowe, with another big support slot with Miles Kane later this month and a debut headline show at the iconic Night And Day Cafe in Manchester in February. Can 1 man, a guitar and a head full of lyrics take over the music scene in 2022? We are inclined to agree, this year is truly going to be Seb Lowe’s year, that is why he takes the #1 spot on our ‘Big In 2022’ list!