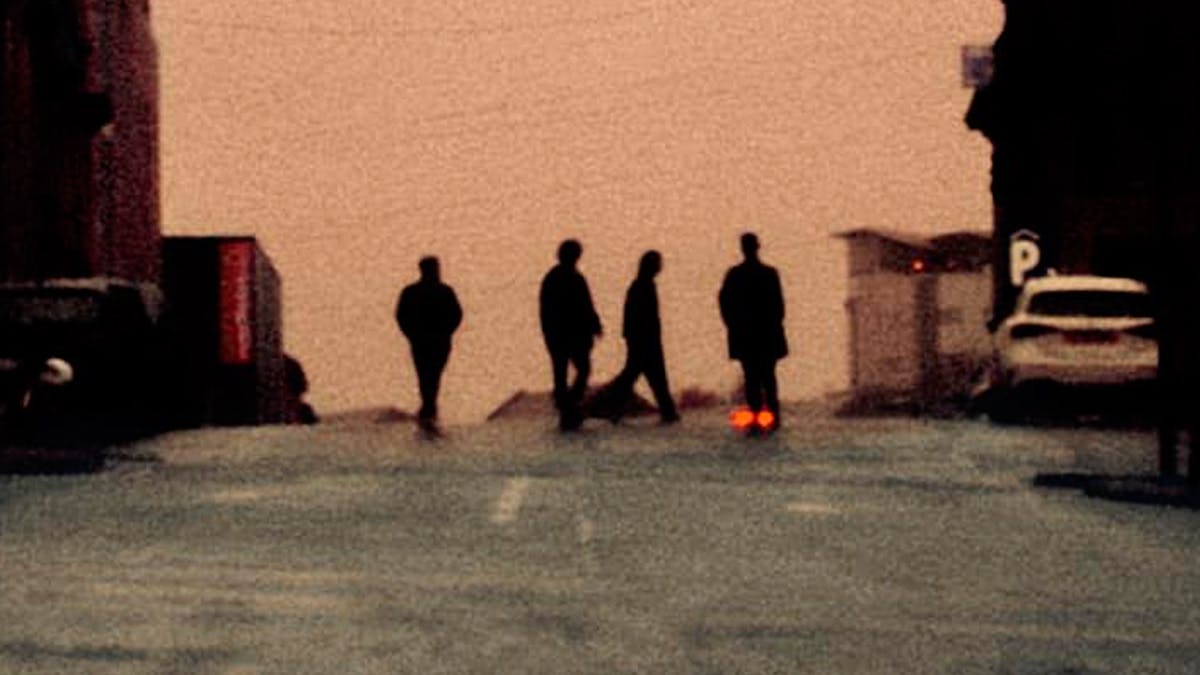 Now, this is my first time listening to West Lothian 4-piece, The Snuts. From first glance at their boyish, charming image, I believe I was expecting the same old fast-food like music we get from indie-rock bands at present, i.e. Arctic Monkeys wannabe rock. But I couldn’t have been more wrong, something that I was increasingly happy about with each tune on this giant 13 track record, ‘W.L.’ (The Deluxe version includes 4 extra tracks as a B side).

Even with their opening on the album, ‘Top Deck,’ they prove themselves to be unique. Expecting a fast, all hands on deck type of track, I was pleasantly surprised to hear a slow, acoustic guitar driven ballad. A beautiful single lined violin plays quietly in the background, accompanying frontman Jack Cochrane’s gravelly vocals. It’s only until the second track that they allow us to feel a faster beat, fuzzy guitar lines and catchy melodies. Still, Cochrane’s vocals steal the spotlight for me – it’s not often you get to listen to vocals that you can genuinely distinguish from the next rock band.

‘Juan Belmonte’ is next; this has The Black Keys written all over it. Drum fill heavy, saturated with distortion and bass guitars screeching through my headphones – yes, screeching. I love this one; the lyrics aren’t necessarily memorable as such, but this is a track for the instrumentation to shine, and shine it does. So far, there hasn’t been a song similar to the previous. This is the case with next track, ‘All Your Friends.’ Explicit lyrics and massive contrast between the verses and choruses, this addition also makes for standout on the album, but has more intelligence underlying to set this apart from the rest of the LP.

I feel bad for judging their looks. This album is living proof that image, especially in indie-rock, isn’t everything. The Snuts constantly change their sound, showing their versatility but ability to stay within a well pieced together album, showcasing their unique talent. ‘Somebody Loves You’ is a more pop-driven tune, with synths and easy-listening guitar lines. Whilst not my favourite on the record, this cheesy track is another different addition for the Snuts debut. A word of warning, though, this is very cheesy. A far-cry from previous track, ‘All Your Friends’. You’d honestly believe they weren’t the same band.

‘Glasgow’ is… well, I have to say it takes the top spot for me on the record. Innovative, fast, lyrically strong, this track has it all; a slow start has you tricked into believing this will be a long 4 minute acoustic ballad, but this is where The Snuts are clever. I implore you to listen to this one. Riffs reminiscent of Oasis in their prime, ‘No Place I’d Rather Go’ is another beautiful anthem, that promises to have audiences singing at the top of their voices, and scrambling to get folk on their shoulders. Imagine waving phone torches and lighters to this one.

Minor and mysterious, ‘Boardwalk’ is a sort of break – or they’d have you thinking, wouldn’t they? Again, proving their versatility, amazing songwriting and arrangement talent, this track turns into another anthemic addition to the record. Heavenly backing vocals and heartfelt lyrics, this is emotion inducing, but short enough to have you wishing for at least another chorus. Here, we have another cheesy little tune, with ‘Maybe California’. I’ve got to say, if I had to pick a track that was my least favourite, it would probably be this one. Cheesy, happy – maybe I’m just allergic to happy songs.

With ‘Don’t Forget It (Punk)’, I’m officially won over. I’m just amazed at how versatile this West Lothian band are with their song writing. They’ve managed to step it up with every track, even like ‘Coffee and Cigarettes,’ which makes use of Cochrane’s vocals impeccably. ‘Elephants’ is probably one of the tracks that reveals little of what The Snuts are capable of, but still shows innovation when guitar effects are used to sound like an elephant’s trumpet – I loved this.

To tie off a really well considered debut record, we are met with closing track, ‘Sing For Your Supper.’ Honestly, this is a big finish to a big record. These lads have proved track after track their adaptability and potential to step up to the challenge. This album doesn’t lack in lyrics, or innovation, and where they might have fallen short on some filler tracks, they bounced back harder than ever each time to manifest their brilliance.