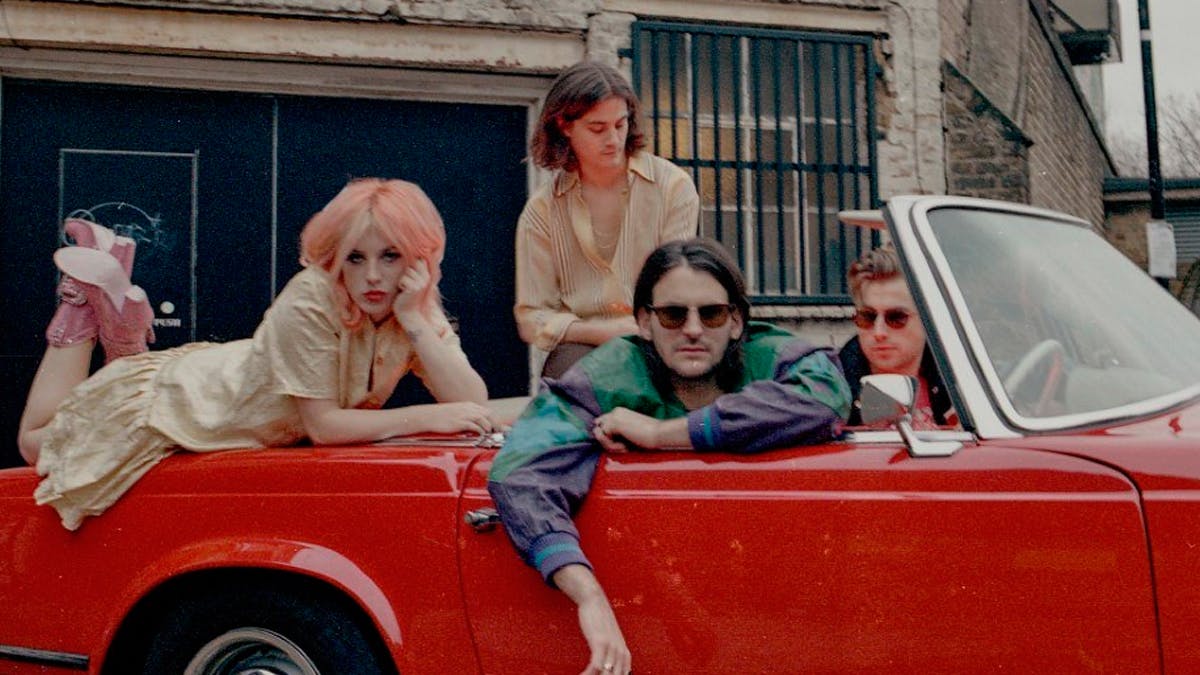 Black Honey rarely disappoint, so when they announced their new album, ‘Written and Directed,’ I knew we’d be in for a ride. Similar to their earlier material, this record is saturated with ’70’s style fuzzy guitars, bad-ass lyrics, sung by none other than front-woman and album protagonist, Izzy B. Phillips’ with her raspy, fierce vocals. She’s taking no prisoners for this one.

The four piece share this much anticipated record almost three years after their debut, self-titled LP, and upon first listen, they seem to be extending on their carefully crafted pop-culture and movie-scene narrative, as instantly given away by the title. But this time, Black Honey have taken the wheel and steered us into their new themes of love, of hate. ‘I Like the Way You Die’ is full-throttle with no brakes, a violent and empowering attack on the alpha male egotism – a war cry for women to stand up and take the reins. We’re hit with ‘Run For Cover’, a 100mph, driving force on our eardrums. A sexy rebellion, Phillips’ packs this track full of playful euphemisms with her dominant vocals, which cut through the instrumentation like butter.

This Brighton four piece don’t give us time to catch our breathe – at least not yet. Beaches is another, if slightly slower, tantalising addition to the collection of tracks, and lust is explored flawlessly when paired with Phillips’ spoken word choruses. This contrasts from the next tune, ‘Back of the Bar,’ which is a catchy, bass-guitar driven ballad with a gorgeous melody. Tender, this is lyrically reliant, but the melody and instrumentation carries it into a track that induces emotion, and therefore makes it one of the more memorable tracks on the record.

With a larger than life chorus, and melody reminiscent of The Black Keys’ ‘Lonely Boy,’ I was left singing ‘Believer’ until I started to piss my boyfriend off. But this tune has more than a catchy chorus; brass, heartfelt vocals and passion inciting lyrics that scream feminism – as if Phillips finally has the platform to have her voice heard. ‘I Do it to Myself’ is slower, sadder. Phillips explores themes of frustration, acceptance, but also deeper topics such as mental health. More brass, so you start to notice these clever little motifs that Black Honey add in that takes this record to the next level, and makes it their own.

‘Disinfect’ is the standout track for me; could this be a nod to the problems we have encountered over the country/ world over the past year or so? There is definitely grounds for believing there are references to racism, and the Black Lives Matter movement, as well as nods to Covid-19, but also the problems women face on a daily basis: ‘Disinfect the disaffected.’ I think Phillips is calling on her fans to use their voices and influence on those around them and change what we have all had to go through this year. A heavier track, which promises to threat the dance floor with possible breakage once they’re allowed to tour.

‘Summer ’92’ is probably my least favourite on the LP. Somehow it feels like a bit of a filler, but still has a nice chorus with interesting contrast between the verses. ‘Fire’ comes next, and is a gorgeous little addition that sort of ties in the message that is being portrayed throughout the record; Phillips is unapologetic, non-conforming, and her own person, and the atmospheric instrumentation increases the intensity of this burning track.

“Bitches think I’m crazy, They’re talking like they know me“. Had a bit of a laugh at this line. Who is ‘Gabrielle?’ This last track acts as a sort of cliff hanger to a Hollywood cult classic, a mysterious woman out of nowhere who steals the show, and the man. The lack of drums and anything other than guitar and ghostly vocals calls for a great ending to this well crafted album, but also begs the question, when will this story finish? I’m sure it will be a while, lets allow Black Honey to revel in this magnificent giant of a record for a bit, they deserve it after all.